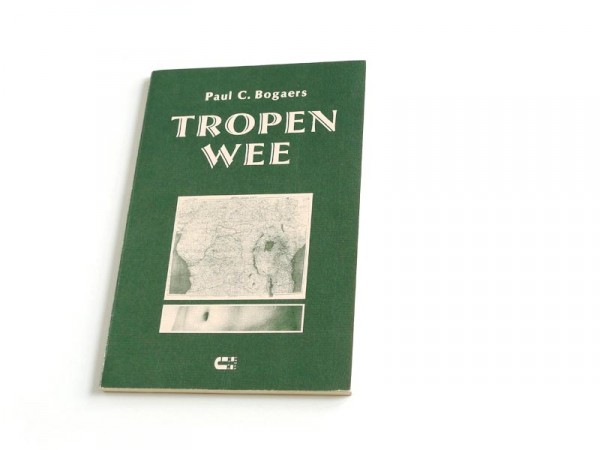 Bogaers’ interest in combining found material to create new images has also lead to several textual, if not literary experiments. For this he has developed his own method of ‘text collage’, of assembling pre-existing sentences to a new text. He starts to collect sentences that in one way or another appeal to him, from very diverse books which he collects rather intuitively. Having formed a large reservoir of possibly usable sentences, the combining process follows. For Bogaers, it is required that this results in a comprehensible, readable text, that has also poetical, if possible even evocative qualities. It is also important that the ‘collage experience’ is being preserved, for the reader as well. To establish this, Bogaers maintains the original typography of the sentences by making photo copies of the original book pages, cutting out the sentences and pasting these meticulously onto base sheets on the light box. While reading the resulting texts, all the welds are visible for every sentence has still its own type form;  this makes the experience incomparable to reading a regular text.

Bogaers’ method of ‘text collage’ evidently runs perfectly parallel with the way he makes use of found imagery in his photographic work. The narrative possibilities of texts, however, differ pretty much from those of images. 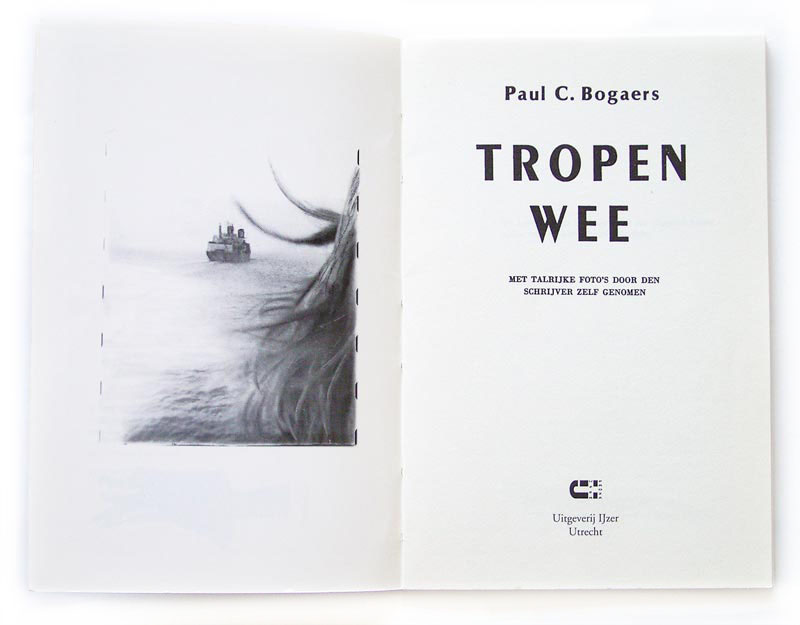 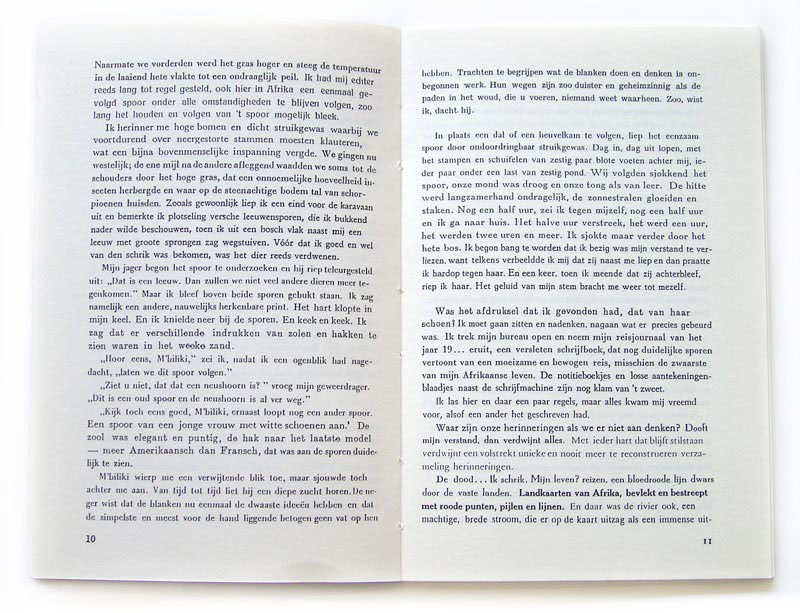 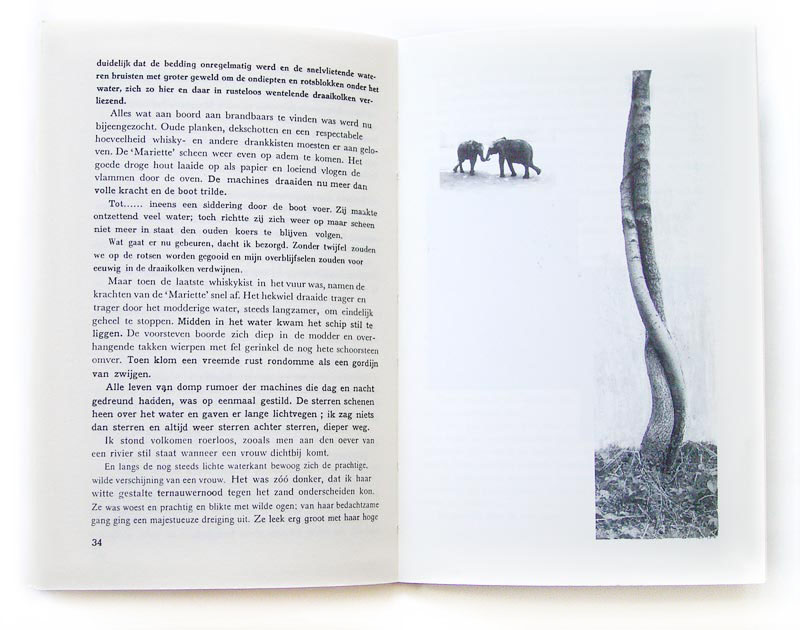 Having written a small number of reflective (catalogue) texts in this method, Bogaers got also interested in the narrative possibilities of ‘pasted’ sentences. His first experiment resulted in the novella Tropenwee (Tropical Woe) (1992), that was published almost immediately after its completion by the enthusiast publisher IJzer. It is a rather associative story in retrospect of an expedition in Dark Africa, on which occasion the narrator has a disturbing experience with a mysterious woman. The book contains also some photographs, however these function separately from the text.

Having completed Tropenwee, Bogaers found himself challenged by the ultimate task: writing a novel using the same principle. This resulted in the novel Onderlangs, however this heroic effort took him fifteen years…