In addition to his photographic work, Paul Bogaers has also been active as a writer. He specialises in the collage method: his texts arise from the combination of existing sentences, which he collects from the most diverse sources. In this field as well, Bogaers is fascinated by the possibilities of combining ‘used’ materials into something completely new.
So far, this method has resulted in the novels Tropenwee (Tropical Woe, 1992),Onderlangs (Down Below, 2007), and further to publications in various literary magazines and several catalogue texts. These are nearly all in Dutch, but in 2010 he also wrote a ‘catalogue text’ for his book Upset Down in English, making use of originally English text sources. 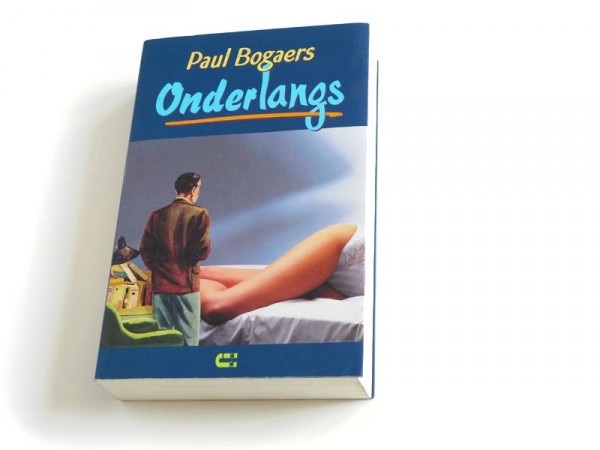 Onderlangs (Down Below) is a collage novel by Paul Bogaers that was published in 2007 by the Dutch literary publisher IJzer. 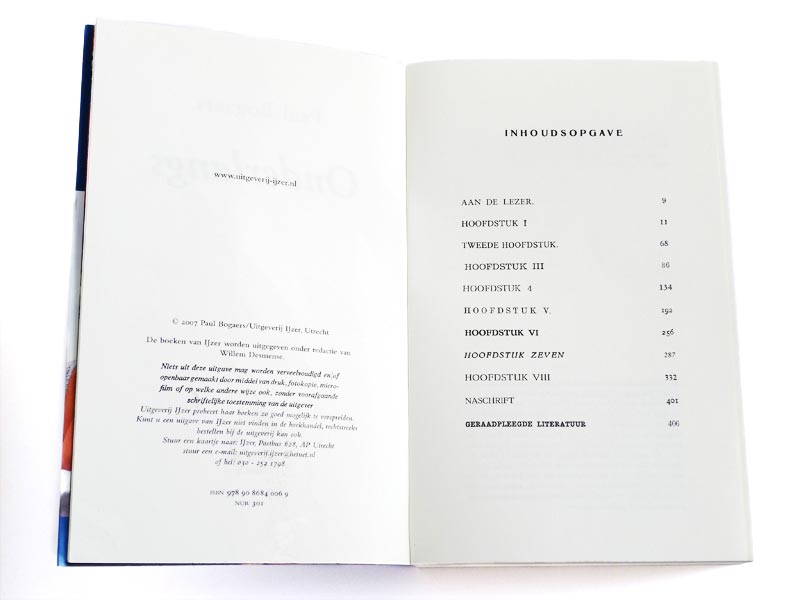 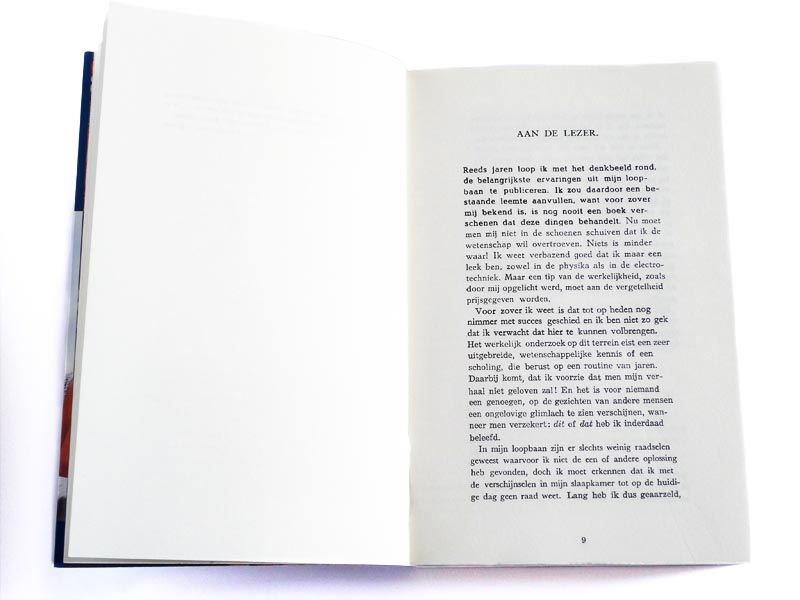 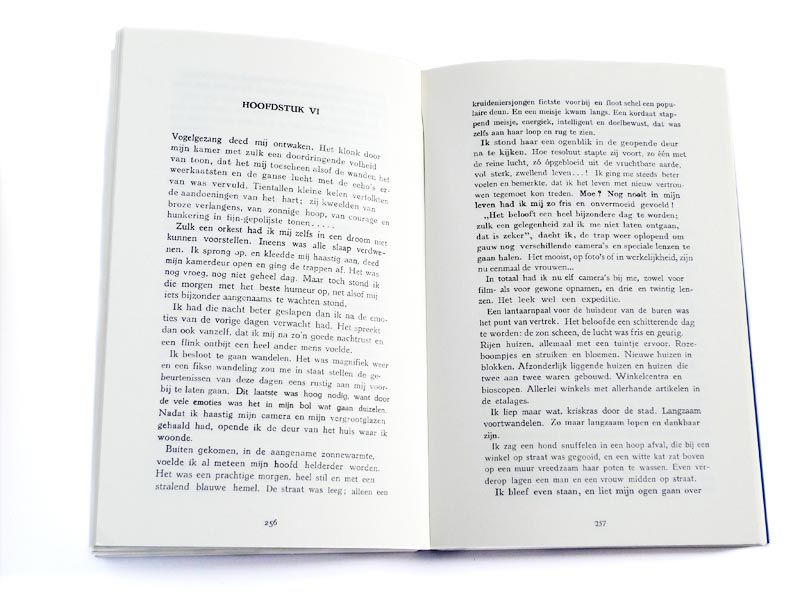 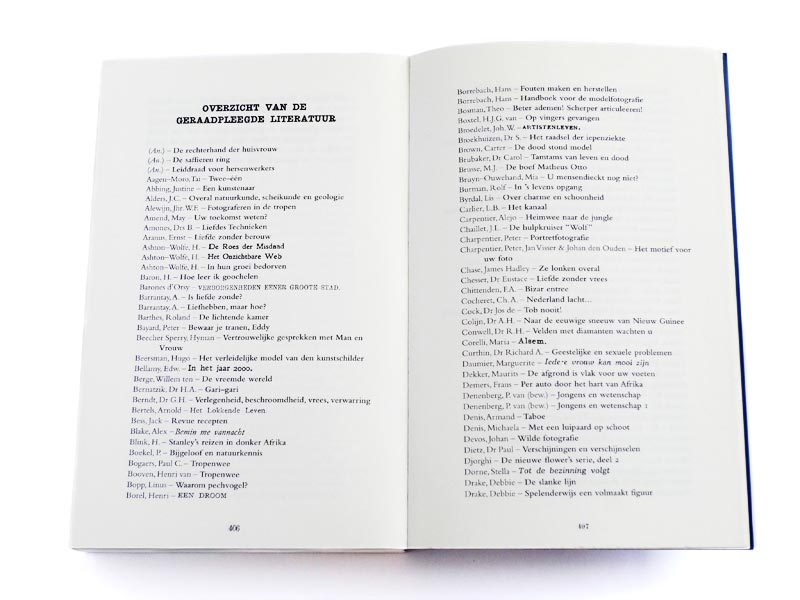 The writing of this book took neither pen, nor word processor; only a sharp knife and a bottle of glue were used. Onderlangs was entirely composed from found sentences, gathered together from books, for the most part rather old and obscure ones, that bear titles like ‘Trying Girls’, ‘How to perform conjuring tricks’, ‘Forty Years Of Detective Work’ and ‘The Invisible Strikes Again’.

By means of a time-consuming process of clipping, shoving and pasting, Paul Bogaers managed to compose an entirely new and original story out of exclusively ‘used’ material. It took him fifteen years to complete this job, but the result is humorous, exciting and startling – a book one literally would not be able to invent. The reader is being dragged into a stream of peculiar occurrences, and will experience, at the same time, the adventure of the compiling: the original printed paper that was used shows in its changing typefaces how the text was put together from spare parts from totally different origins. 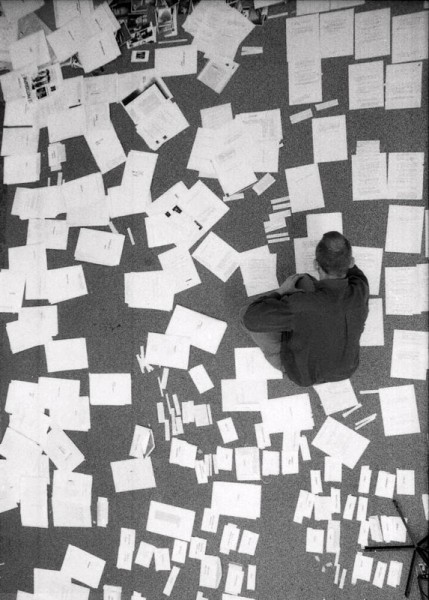 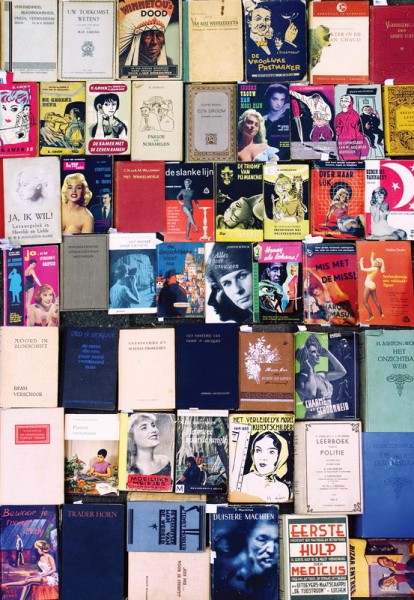 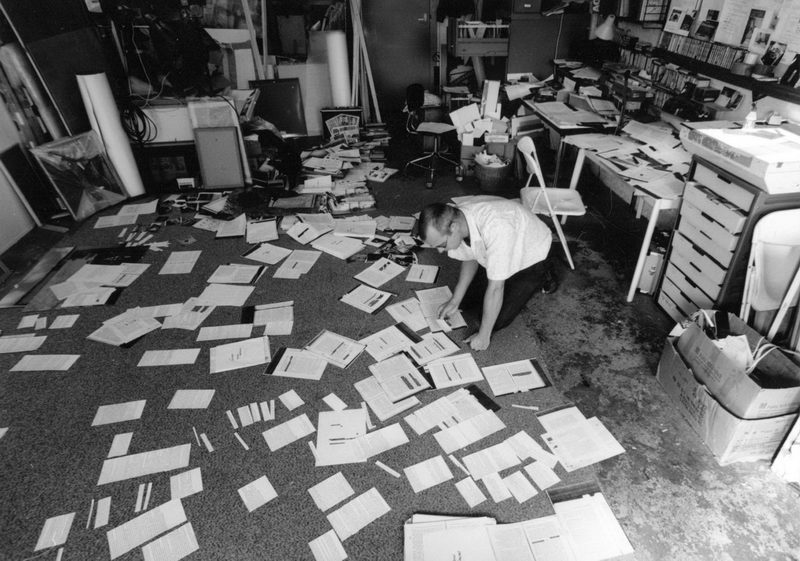 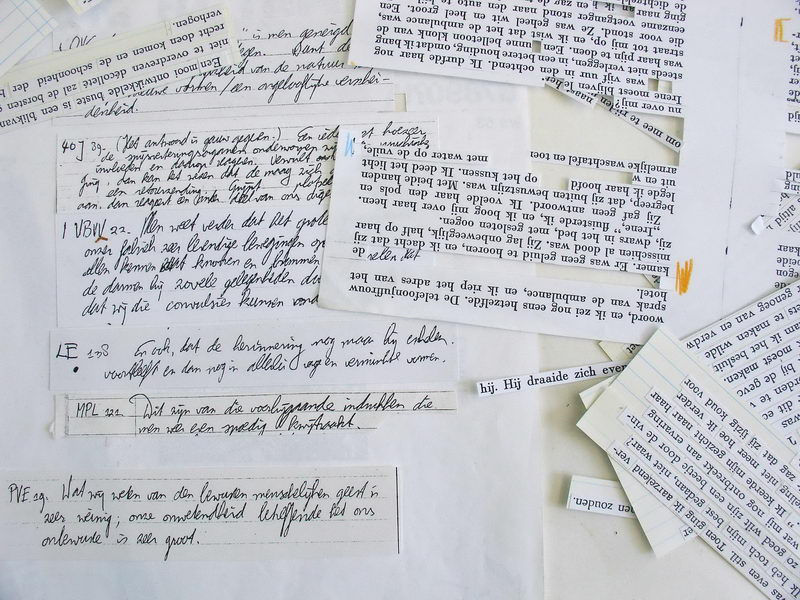 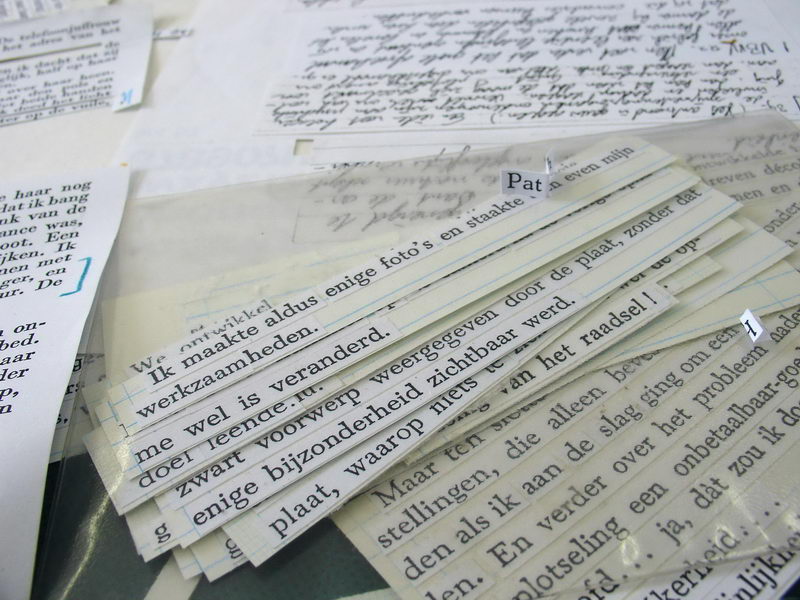 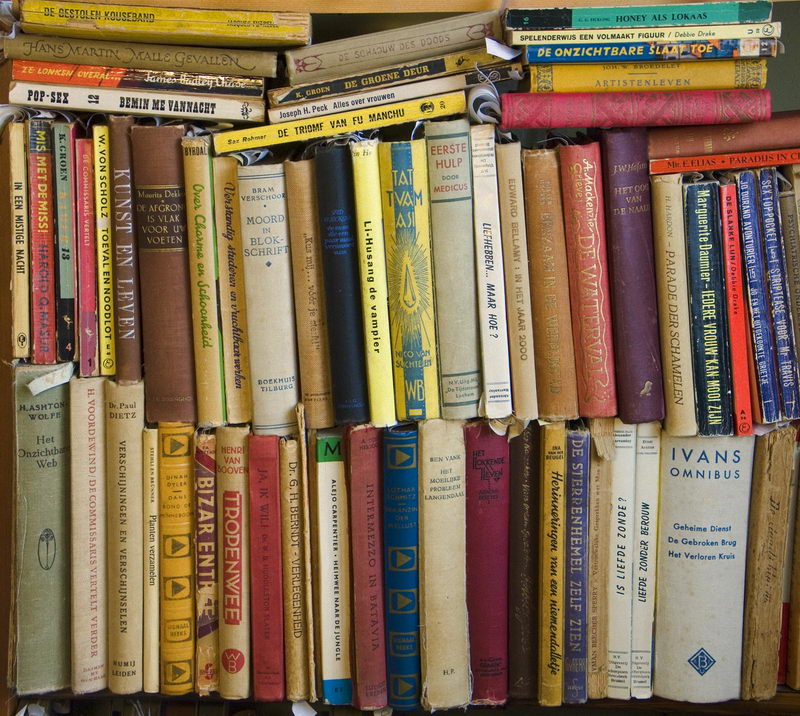 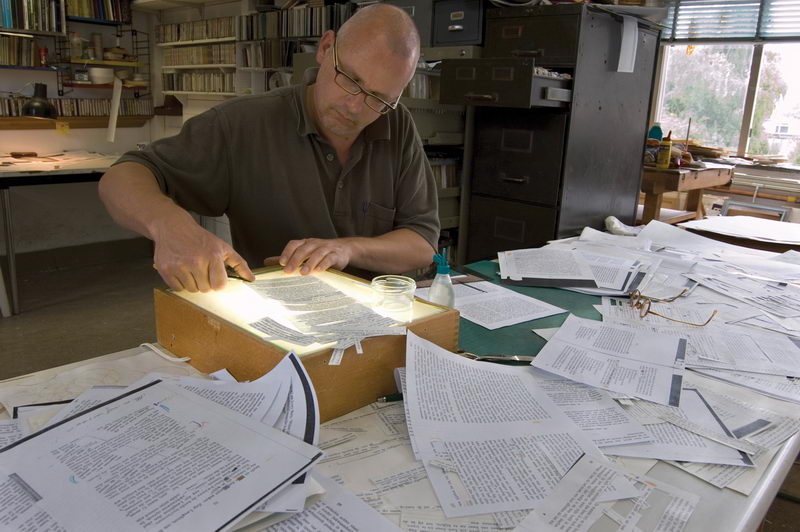